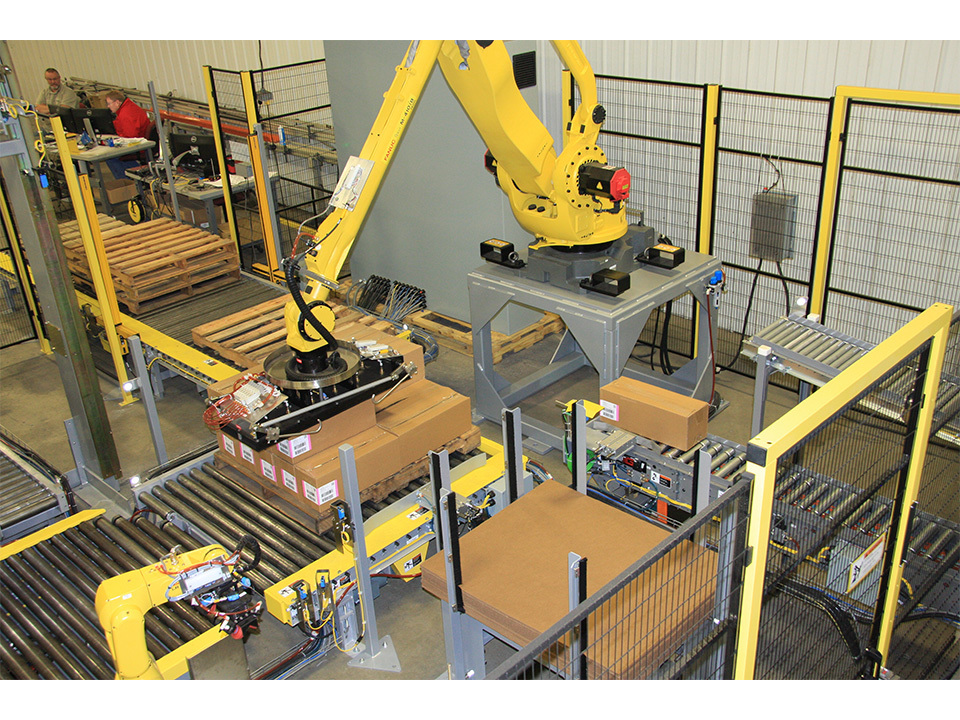 Nephron Pharmaceuticals Corp. is a global leader in the manufacture of generic respiratory medications. All of its products are manufactured in the U.S., and are supplied to retail pharmacies, hospitals, home care companies, long-term care facilities, mail-order pharmacies, and various other customers worldwide.

One of the Orlando, FL-based company's leading products is an Albuterol Sulfate inhalation solution– a bronchodilator used for the relief of bronchospasm in patients with reversible airway obstruction disease and acute attacks of bronchospasm. The small vials that carry the medication are sensitive to light and temperature and must be hermetically sealed in a foil pouch and stored in controlled conditions.

Nephron specializes in blow/fill/seal (BFS) manufacturing, a technology that allows a flexible plastic vial of medication to be formed, filled, and sealed in a continuous process without human intervention in a sterile, securely enclosed area. Filled vials are then foil-pouched and packed into cartons, with 12 cartons packed into a shipping case. The cases holding vials packaged for sale in a card format

are placed on end for palletizing, with vials placed in an upright position for shipping.

When Nephron began planning this new production facility to meet its growing market demand, its goal was to make the entire production process as automated as possible. This included integrating the packaging line with laser-guided vehicles delivering medication and packaging material to the line to create fully automated production, as well as automated pallet building, protective corner board placement, and stretch wrapping systems for the packaging lines.

“This was intended to allow us to minimize line personnel,” says Patrick Smith, Nephron R&D Engineering. “Automation enables the process to run more efficiently, consistently, and with minimal human interaction that can potentially cause quality issues.“ 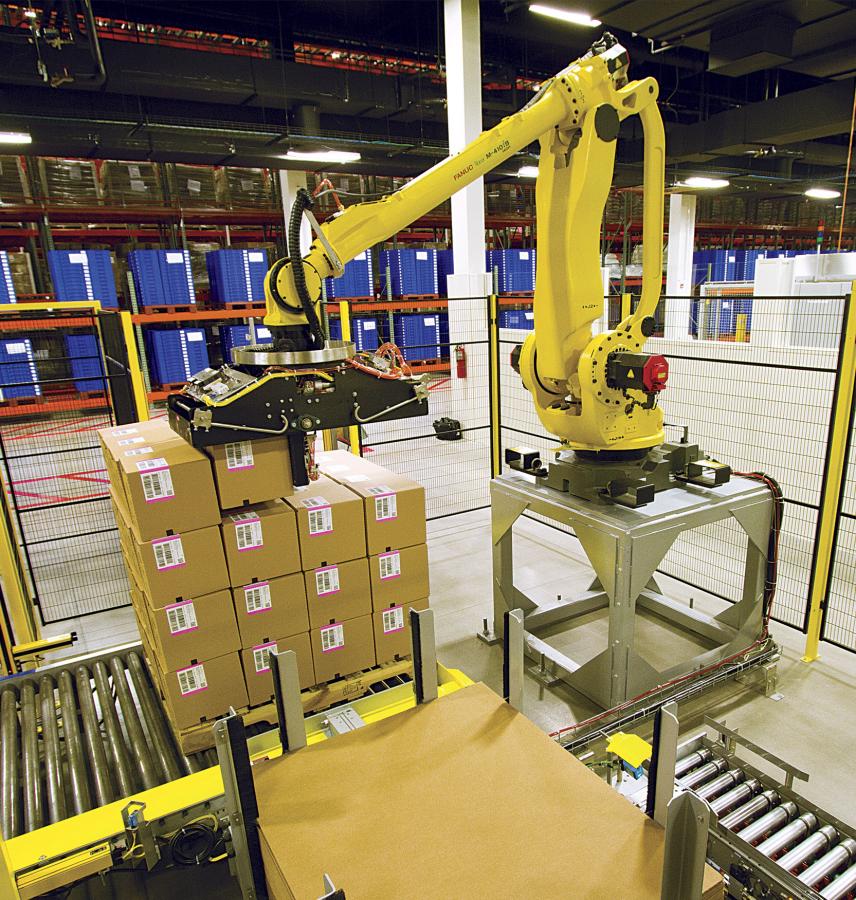 In 2009, Brenton® Engineering, a ProMach company, had installed a custom robotic system to depalletize and palletize trays for the Albuterol Sulfate lines at Nephron. Given the success of that installation, Brenton was selected for the lines in the new South Carolina plant and to add a similar end-of-line automated system to a new line being built at the Orlando facility. The design of those systems began in late 2013.

There were several challenges to be addressed by the project’s end-of-line system in the South Carolina facility.

The first was that while the cartons of pouched vials for a particular medication and pallet pattern were packed into shipping cases in traditional configurations, as the cases traveled the conveyor with the short side leading, those cases were required to be palletized on their ends, in order to keep the vials upright during shipping. This was a change from the original design specification for the specific medication, but Brenton adapted the robotic system to handle it.

The second requirement was that Nephron required the top of the pallet to be wrapped in order for it to be covered and sealed to provide protection from moisture infiltration.

To meet the challenge of re-orienting the cases as they reach the palletizing area, the pallet-building robot (a Fanuc M410iB-140H 5-Axis robot) included in the system design was designed to use half of its grippers to invert each case on end before positioning the case in the pallet load. That allowed the system to build the entire pallet with the shipping cases resting on their end panels.

In spite of the fact that the pallet load was built with the cases resting on their shorter sides, the loads proved to be stable during factory testing.

Once the pallet is built, it is conveyed to an FA automatic stretch wrapper turntable from Orion, another ProMach company. The next step is to apply protective corner boards. Nephron requires corner boards on all of its pallet loads to ensure that product or package quality is not compromised during shipping.

A Fanuc LRMate 200iC robot places the boards. In this instance, since the Nephron line operates at a moderate pace, the boards are placed individually as the load indexes 90° on the FA turntable, rather than on two corners at a time, as on higher-speed lines where speed is essential. The slower speed also helps maintain the stability of the pallet load until it is securely wrapped.

Once corner boards are placed, the Orion FA system wraps the load at 15 revolutions/min, securing the entire load. When the wrap is complete, the load is conveyed off the wrapper to the adjacent gantry top sheet placement area. The polypropylene (PP) top sheet is positioned, after which the load is conveyed back onto the FA turntable for a final wrap that secures the top sheet to the load and provides tamper evidence. 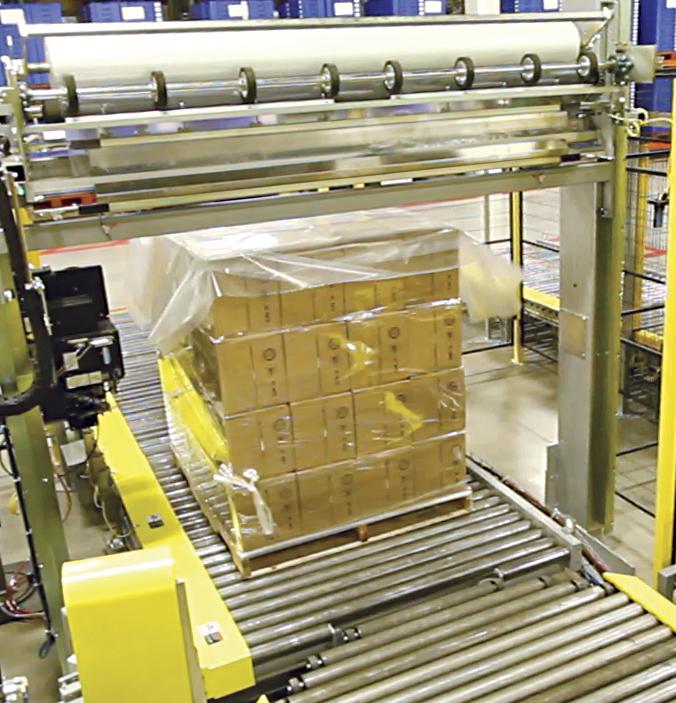 The fabrication of the new palletizing systems for the lines at Nephron’s South Carolina facility was completed in mid-October 2013, and assembly of the systems began the week after fabrication. The first set of systems underwent Factory Acceptance Testing (FAT) in April 2014 at Orion’s manufacturing facility. Following installation at the Nephron South Carolina facility in late October 2014 by Brenton, the new systems were debugged and tested onsite. They will next be integrated into Nephron’s Manufacturing Information Systems (MIS) and be commissioned. That is expected to be completed in late spring 2015.

“Orion and Brenton were very thorough in ensuring that everything in the system worked as specified,” says Smith, “and in adjusting it to meet the challenges that came up during installation."